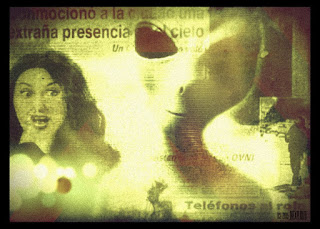 Planeta Azul appears once more, this time in Venezuela, a South American region rich in hydrocarbons, potable water and minerals. Throughout time, Venezuela has been visited by Unidentified Flying Objects (UFOs) and there are countless examples of sightings and even people who claim having experienced encounters with beings from other planets. There are few who can remain indifferent and not take sides in this subject, either roundly denying these theories or supporting them vehemently.

Regarding the phenomenology of UFOs in the skies of the Bolivarian Republic of Venezuela, it is said that "numerous sightings" have been recorded in this Latin American nations. "The first of them goes back to 1900. However, due to the lack of dissemination of scientific information about these subjects, people tend to mistake natural and meteorological phenomena, or even airplanes, for UFOs.

Alleged UFO sightings have occurred in nearly all of Venezuelan territory, but eight states are considered "hot spots" due to the appearance of this phenomenon: Amazonas, Bolivar, Distrito Capital, Carabobo, Falcón, Mérida, Vargas and Zulia. "All of these sites have two common elements: an abundance of vegetation and water," although the state of Barinas gives us an interesting case of abduction and human-alien hybridization: When she tried to ascertain the source of the noise that had awakened her, Cecilia (who would rather not be identified by her real name) realized she could not move. She had not covered herself up with bed sheets because of the intense heat that night in 2005 in the city of Barinas, in southwestern Venezuela.

She was unable to see anything. Before her, there appeared a very bright green light that forced her to shut her eyes. Motionless and unable to see what was happening around her, she felt herself being sexually penetrated and unable to do anything to stop it.

She woke up around noon, unable to remember what happened later. In subsequent weeks she would find out she was pregnant.

Cecilia explained the event to one of her neighbors. She had been 'abducted' that night, and she claims that her daughter, who is now twelve years old, presents 'particular characteristics' that she refused to elaborate upon, but which caused her to remove her from school due to the harassment she suffered at the hands of other students.

It is precisely because her daughter has undergone so many bad experiences that Cecilia refused to subject her to medical tests. Her case has not be scientifically studied.

Alleged Venezuelan sightings have occurred at different times, both day and night, with clear or cloudy skies.

The data compiled shows that circular, triangular and elongated shapes - cigar type - have been seen.

The vast majority of cases received in our newsroom are classified as "chance UFO sightings" because the person was unable to see the UFO with his/her own eyes, but rather were picked up their camera lenses. In other words, the witness finds out upon downloading the image.

Planeta Azul believes that no one is qualified to state whether UFOs of an extraterrestrial origin truly exist. In fact, a UFO is not necessarily a spacecraft. Someone can toss a shoe in the air and if someone sees it, but cannot make it out, that person will have seen an unidentified flying object. UFO is not synonymous with extraterrestrial. In recent years, there have been sighting reports over nearly all social and political demonstrations that have taken place since the start of the Bolivarian Revolution," giving rise to the theory that some kind of man-made artifact is involved - one that is unknown or about which little information exists.

I believe that many things have happened in Venezuela from the political standpoint, and that this country has been beleaguered and harassed. For example, we have photos and videos of people attending the demonstrations and who manage to capture some object in the sky. Is it possible that these are objects that are still unknown to us? Are they used to spy or photograph? This is possible, particularly in the awareness that the Pentagon has developed micro drones with very powerful microphones and cameras. When delving into the UFO phenomenon, one has to look closely to sort information from hoaxes that may be taken as real. We would never dare to say that it was an alien spacecraft. We always speak in terms of alleged flying objects."