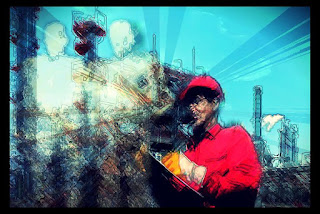 **In 1968, a large number of residents of Mendoza reported seeing UFOs. One of the most disquieting cases occurred in Luján.**

Fifty years ago, our province was shaken by sightings of UFO crossing the skies. Not only that, some Mendoza residents were supposedly abducted by beings from other worlds.

These events took place in the month of June and had their greatest repercussions in late August 1968, when two employees of the Provincial Casino - Juan Carlos Pecinetti and Fernando Villegas, claimed having come across small extraterrestrial beings in the 6th Section of the city. Their story transcended borders, as they were interviewed by national and foreign media.

Aside from the Peccinetti and Villegas Case, others were also widespread, such as the one involving the Luján de Cuyo refinery, covered by a reporter from Los Andes with an amusing interview. Sometime later, the alleged abduction experienced by the two casino workers in the heart of the city proved to be a fraud. There are several ufologists, however, who still believe the contrary.

The Little Green Men of Luján

Around that time, the so-called "flying saucers" caused a veritable psychosis in Mendoza. Let us take a look at the interview by Los Andes with some of the witnesses at the Luján de Cuyo refinery.

The article is dated 2 September 1968 and bears the title: "Coincidences Exist Between Strange Creature Apparition Accounts"

"The strange events described by Juan Carlos Peccinetti and Fernando Villegas are acquiring peers: people who refused to disclose their alleged experiences, fearing ridicule, are now emboldened and have disconcerting things to talk about.

"Enrique Serdoch, a chemical technician employed in the laboratories of the YPF Luján Refinery, was the spokesman for what occurred to one of his co-workers. According to his testimony, José Paulino Núñez, 33, a resident of Luján, kept silent for over a month about his encounter with alien beings who showed him a sphere that projected images, much as occurred in the case involving the casino workers.

"The lab employees (Serdoch himself, Alberto González, Roberto Micelutti, Carlos Wengorra, Hugo Torres, Enrique Aporta and Ricardo Schmid) were aware of the events as from the date on which they took place, but respected their co-worker's discretion.

"Núñez is currently hospitalized at the Hospital Español, recovering from a surgery entirely unrelated to his experience, which Serdoch described thus:

"At 1:15 in the morning on the last Sunday in June, José was at the tank farm conducting an assay. The area is very dark and the only people around are watchmen. My friend ran into two people he believed to be watchmen when he came down from a fuel oil tank.

"This was not the case. The strangers showed him a circular object measuring 30 centimeters in diameter that showed colored figures. As he told me, he could see people walking around 'as though filmed with a hidden camera at any street'. The background was clear, and the clothing and activities of the figures were not striking.

"The creatures asked: "Do you know them? They were like you. Many more shall be like them. Many people in your world will see the same that you have. We shall speak of this again. If you discuss this, do it with people amenable [to the subject]."

"Nuñez, according to Serdoch, has no idea how he reached his pickup truck and drove the kilometer distance that separated him from the lab, where he was quizzed by his co-worker Alberto González:

"What's wrong? What's a matter?" to which Nunez asked "What do I look like?" You're as white as a sheet of paper, said Gonzalez. Nuñez broke into tears and both men returned to the tank farm, but they found nothing remarkable.

The similarity of this experience with the one involving the casino workers moved Núñez to authorize his friend to discuss it.

We asked Serdoch about the visitors' traits: "Núñez told me," he answered, "that their voices were metallic, as though coming from the inside of a milk churn. Their outfits were one-piece, similar to those worn by frogmen. There was nothing abnormal about their stature, but his position at the time - at a higher level, on the access ladder to the tanks - kept him from seeing them properly."

"Our source added that Núñez is a straight arrow, not considered impressionable, and that his state of excitement was evident.

"Furthermore," he said, "another co-worker dispelled any doubts we may have had. His last name is Giampetri and he worked as a technician at the refinery. He told us that on that very same day, somewhat earlier, he was on his way back from San Juan in the company of his wife and children and saw a flying saucer. He kept quiet out of a fear of ridicule."