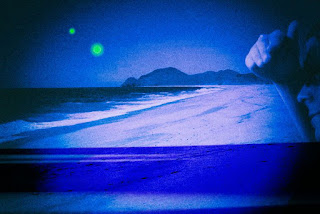 Adolfo Sánchez Rendiz could not believe what he was seeing on the horizon while driving from San José del Cabo to Cabo San Lucas on the tourist road just around nine o'clock at night.

He was able to see two lights over the sea at the Kilometer 19 marker, issuing green flashes. One of them larger than the other in a clear item of UFO evidence captured on video and visible at "Cazador de Ovnis BCS".

The witness says that luminous objects were flying parallel to the highway, stopping a few times to aim a powerful light downward "to scan, as if looking for something." He never lost them from sight and continued to record them on his cellphone. 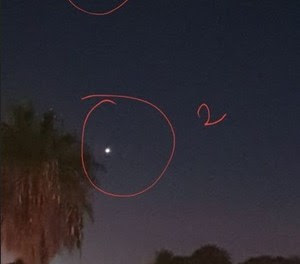 He describes them as having a well defined trajectory. The larger of the two objects was shaped like a rhombus. 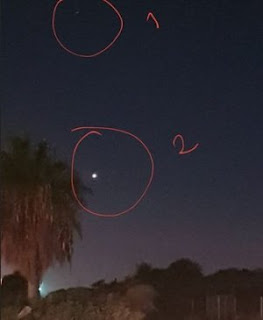 Adolfo Sánchez Reséndiz adds the event took place between Punta Ballena and the Cabo Mil radio station. Both objects flew over the highway, heading toward the famous "Cerro de las Antenas" (Antenna Hill) and then vanished into the horizon over the Pacific Ocean.