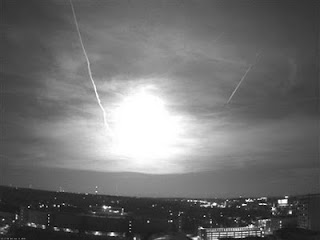 'Goddess of the North': Work begins on a 440-yard earth sculpture of a naked woman, but is it sexist?

Work has begun in Northumberland on a massive earth sculpture of a naked, reclining woman.
Its creator, landscape architect Charles Jenks, has been forced to deny it is offensive to women - claiming it will be an iconic celebration of the human form.
Crews using bulldozers and excavators have started work on the spectacular,  440-yard-long sculpture using 1.5m tonnes of soil and clay dug from an opencast mine near Cramlington. Womanly creation: An artist's impression of the huge sculpture garden designer and artist Charles Jenks has devised, with a road in the top right giving an idea of its immense size
Mr Jenks, who was commissioned to  design the work, said he hopes it will become an icon for the region and form part of a 'destination art' route for UK tourists.
Nestling among man-made lakes at Blagdon Estate, it will be the centrepiece of a landform park expected to open to the public in 2013.
Responding to suggestions that the Northumberlandia figure is demeaning to  women and could be offensive to some, Mr Jenks said he believes people will soon be won over by it.
'I don't believe it is demeaning to women, men or the human species as a whole,  in fact it celebrates all of that,' he said. 'It won't be offensive because people will always see it with more than one meaning.
'People have every right to question it, because it is art, but I promise you  they will be won over to its existence. I profoundly believe that, given time, people will not find any offence in this, and will grow to love her.
'I think the people of Northumberland will rather like the idea that their county and countryside is given identity like this. I don't think there is an issue here with her sex, or her breasts or anything  like that.' Mr Jenks said the excavation of 1.5m tonnes of soil and clay at the Shotton mine provided a great opportunity to create a massive earth sculpture, framed by the Cheviot hills in the background and the 'big sky' of the area.
'I felt, what could be more appropriate for a huge landscape like this than a human body that can be seen in many different ways.'
Seen from the air as a giant female form lying on the ground with arms outstretched,   Northumberlandia is predicted to attract up to 200,000 visitors a year and help  stimulate the local economy.
When completed, people will be able to walk along the sculpture's head, breasts and legs on a network of zig-zagging footpaths.
Site operator The Banks Group and the local Blagdon Estate are investing £2.5million in the project.
Company chairman Harry Banks and Blagdon's Matt Ridley helped Mr Jenks start  work on the project.
Giles Ingram, executive director at Northumberland Tourism, said: 'Northumberland is carving out quite a reputation now for original artwork in  natural settings.
'From the outdoor art at Kielder Water to The Couple sculpture at  Newbiggin-by-the-Sea, and now Northumberlandia, we have a growing range of  world-standard art, with which people can really interact.'
Fuente: http://www.dailymail.co.uk/news/article-1264824/Unveiled-Giant-earth-sculpture-naked-reclining-woman.html#ixzz0l01JrVlX
Publicado por Terra Incognita en 6:47 p. m. No hay comentarios: