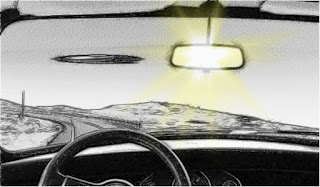 The video was uploaded by a user of the Facebook social network driving down a highway in Perú, using what appears to have been a dashcam.

Strange apparitions are often recorded and the debate over whether there are real or fake begins to rage between believers and skeptics.

This situation played itself out once more on Facebook when a subscriber decided to upload a video of what he claims to have witnessed. 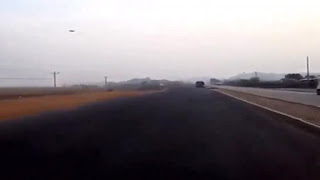 As it turns out, he was driving along a road in Perú and suddenly became aware of the presence of "an immense spaceship" in the sky. To his astonishment, and aware that his dashcam was plugged in and operating, he decided to chase the object. The images depict the UFO moving from one side of the road to another.

Look at the footage and draw your own conclusions.