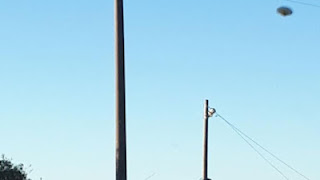 The images are startling and speak for themselves.

Ariel Ortiz, a municipal worker from Villa Carlos Paz, reported having identified a strange object in the sky while walking along the old road to the San Roque Reservoir.

According to his testimony to El Diario de Carlos Paz, the man stopped his vehicle near a lookout at Camino de las 100 Curvas (Hundred Curve Road) and did not hesitate to take a photo of the remarkable object.

"Halfway along the road there were some classic cars parked at one of the lookouts. They were in peak condition, so I decided to take some photos of them. I spent some time in the area and didn't notice any drones in the air," Ortiz explained. He added that he only realized what he had photographed when he returned home. 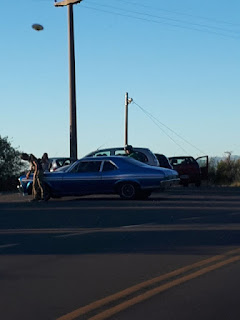 The photos are startling and speak for themselves. "I enlarged them and realized there was a plate-shaped spot in the sky. Since the images were sequential, the object's displacement is clearly visible," said Ortiz.

This is not the first time that "strange" objects of an unspecified nature have been photographed. This is the case at Capilla del Monte, a locality considered the national "mecca" of alien sightings and encounters.