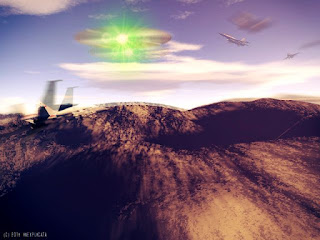 Peruvian researcher Mario Zegarra has exposed the concealment of UFO sightings and collisions over the Jorge Chavez Airport, the beaches of Lurín, Ventanilla, or in the traditional Costa Verde or all over Perú. He is requesting a declassification of the phenomenon.

UFOs at the Jorge Chavez Airport, right over at the beaches of Lurín, in Ventanilla or in the traditional Costa Verde. Yes, just so. We will be presenting the 11 cases of UFO sightings and crashes that researcher and ufologist Mario Zegarra claims took place not only in Lima, but all around Perú, and which have been concealed from the population for decades and throughout history for unknown reasons.

Zegarra maintains that these files were jealously guarded by the Dirección de Intereses Aeroespaciales (Office of Aerospatial Interests) of the Peruvian Air Force, currently known as DINAE. But far from making this information known the general public, in accordance with declassification protocols, it was made available to foreigners, who indeed had access to their sources, and took away state secrets. 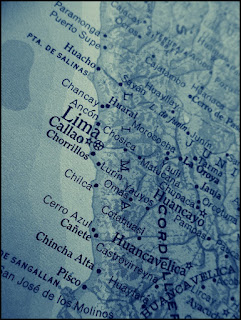 UFOs at the Airport

Among the 11 cases we find number 00009, which reports the landing of three (3) UFOs on the apron of the runway at the Jorge Chavez International Airport in 1999. A number of witnesses on commercial airliners claimed having seen the UFOs, but when they were about to testify, the military forbade them from contacting the press. Those who took photographs of the event had them confiscated. It is even said some of the witnesses relocated to the United States and never returned to Perú.

The Mirage Fighters and the Costa Verde UFOs

In 1978, dozens witnessed how two Mirage fighters chased a pair of UFOs for 15 minutes from the Pescadores de Chorrillos beach on the Costa Verde in the days of the Morales Bermúdez military dictatorship. UFO crashes were also reported in Lurín in 1971, according to case number 00002. There was another collision in El Callao in 1980. A year later, FAP (Peruvian Air Force) recovered the remains of an oval-shaped UFO in the Ventanilla district, near the refinery.

UFO sightings in 1952 were also reported, photographed by Domingo Trigoso in Puerto Maldonado. This case became world-famous, although the photographs were confiscated. In 1967, Captain Oswaldo Sanvitti sighted several UFOs while piloting a Fawcett commercial airliner. His crew also saw them, but was intimidated into discrediting the pilot.

The case involving pilot Santa María in Arequipa’s La Joya Case (1980) is among the most emblematic. This military man chased a UFO for nearly an hour and even fired several missiles at it. Once retired from the service, Santa María held several conferences, telling the story of his extraordinary encounter with an object that flew at speeds inconceivable to the human mind.

“They’re hiding things from us. During the Ollanta Humala administration, I presented documentation aimed at declassifying these documents, which are public in nature, to create awareness among the citizenry and open humanity’s eyes to this worldwide phenomenon. The population must know about its civil right to information. There was an official response at the time, but a Mexican citizen showed and took the DINAE documents without a by your leave,” says Mario Zegarra.

The next time you look at the sky, take a good look. It may be that the light and the intermittent object you’re seeing are not merely that. It could be an intelligence reminding us that we are not alone in this vast, infinitely lonely universe.

[Translation (c) 2018 S. Corrales with thanks to Guillermo Giménez]