Perú: UFOs Appearing by the Dozens and the Government Re-Opens Investigations 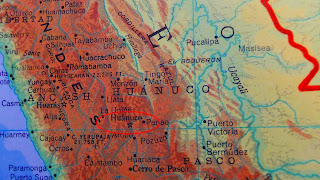 Perú: UFOs Appearing by the Dozens and the Government Re-Opens Investigations

The Peruvian government decided to re-open the Anomalous Aerial Phenomena Research Department, which was closed for the past five years, in the light of the massive increase of UFO sightings over all of the nation’s territory – something that is being reflected in the media and for which no answer is found in nearly all cases.

The Department was created in 2001 but ceased operations after a few years. Now, astronomers, meteorologists, civil and military aviation personnel, archaeologists and sociologists will converge at the agency to identify each case and find an explanation for them, if they can indeed do so.

Nearly regular UFO sightings are occurring in some localities in Perú. There are even some where the natives no longer pay any attention to the luminous phenomena that astound visitors, considering it to be part of the natural phenomenology of their habitats.

The most recent sightings of magnitude, in the central region of Huánuco, in Maramba, were seen by dozens of spectators: balls of light in the sky that went on for several days without any explanation being found up to now. Another event took place at the beach of Chilca near Lima, were unidentified flying objects were reported.

Agency Official Believes “We are Not Alone in the Universe”

The colonel in charge of the re-opened Research Department stated that “on a personal basis, it is evident to me that we are not alone in this world or in the universe.” Julio Vucetich noted that all persons reporting sightings will be taken seriously and analyses and investigations will be conducted in each case.

“Many people do not report UFO sightings and fear being branded as insane, but nowadays, with the new technology, videos recorded on mobile phones, as well as Facebook and Twitter, an experience of this sort can be much more open, not making them feel that they are the only ones who have seen them,” explained the Air Force colonel in statements to Britain’s The Guardian newspaper.