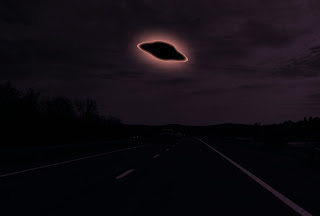 A strange flying object was photographed this afternoon near Villa Zabala by an amateur photographer bent on capturing images of an approaching storm.

The object flew past silently and at high pseed from Northwest to Southeast over Villa Zabala, crossing Avenida 10 toward the sea.

Juan Ignacio, 34, was returning from work on his bicycle when he paused for a few moments to photograph the incoming clouds. Upon reaching home and looking at the photographs, he found two images of the object flying over Avenida 10 and heading toward the sea. These images were taken shortly before sundown.

"At the time I heard nothing and saw nothing. It was only when I went home and downloaded the photos that I came across that shadow. I've no idea what it is," said the local, noting that the photos were taken near the crossing of Calle 155 and Avenida 10.

Both photos were taken in an instant, almost simultaneously, showing the prodigious speed at which the photographed shadow was traveling.

"Now I would like to have the photos analyzed to determine what it is: although it looks like a helicopter, I didn't hear a single sound...and no bird can fly so quickly," he added.

The gap between the two pictures was scarcely a few seconds, given that he took one photo, progressed a few meters, and then took the second. 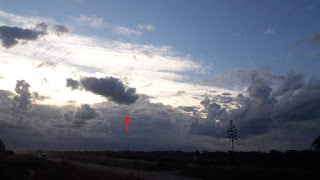 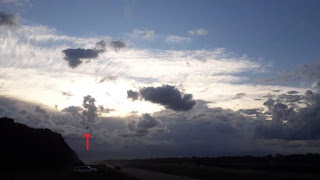 Enlargement of the object: 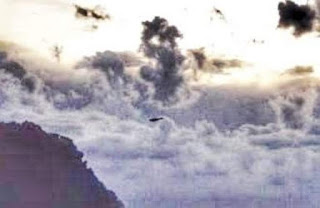