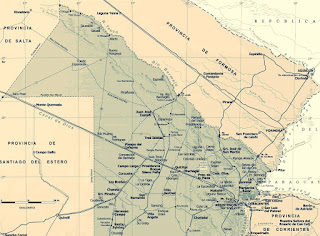 A family engaged in goat farming in [the town of] Enrique Urien has circulated the photo of a small mutilated goat. Recently, others confirmed similar situations affecting cows and horses displaying identical wounds.

The situation drew attention in recent hours and the popularly known subject of the Chupacabras became a matter of discussing yet again.

On this occasion, the case of the young dead goat found on Lot 12 of the aforementioned Chaco community came to the fore. The property's owners said this was the first time that something similar had been seen at that site, but various livestock farmers claimed having suffered the same problem, albeit involving other animals.

All of the dead specimens present the same condition: missing jawbone, cauterized wounds and the absence of certain soft organs.

SENASA (Argentina's National Agricultural Service) was consulted by the affected parties and they were told it had no answers to the situations.